Heart Disease in Cats – Part One 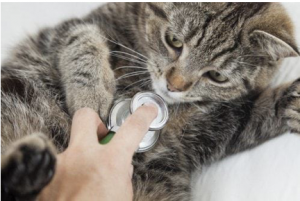 September is National Healthy Cat Month so for the next couple of weeks we are going to focus on our feline friends.

Heart disease was once considered much more common in dogs than cats, but several studies over the years have indicated it may be far more of an issue for our furry friends than previously thought.

In one study of 103 healthy pet cats, heart murmurs were detected in a large proportion (21%) and the researchers concluded that “many murmurs appear to be caused by structural heart disease that is in a clinically latent state." Echocardiograms were performed on 7 of the kitties with murmurs and 6 of the 7 turned out to have heart disease. This study was conducted in 2004 at Angell Memorial Animal Hospital in Boston.

A 2009 study of another 103 "overtly" healthy privately owned cats was conducted at the Virginia-Maryland Regional College of Veterinary Medicine, Virginia Polytechnic Institute in Blacksburg. Researchers detected a heart murmur in 16 cats (15.5%) and 5 of those kitties turned out to have cardiomyopathy. What was really significant was that in addition to the 16 cats with heart murmurs, cardiomyopathy was identified in an additional 16 cats without murmurs. Of that group of 16, 15 of them had hypertrophic cardiomyopathy, the most common form of feline heart disease.

However, in a 2011 study of a smaller sampling of 32 apparently healthy cats with heart murmurs, heart disease was detected in over half (53 percent).

Signs of heart disease are sometimes – but not always – obvious to the trained eye of a vet, but often a serious heart disorder can remain hidden for years. 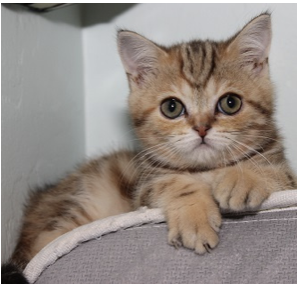 There are two types of heart disease in cats:

Congenital Heart Disease – This is disease present at birth. Signs may manifest themselves at a young age or may go undetected for years. Congenital cardiac disease is, luckily, pretty rare in cats, occurring in only one to two percent of kittens. The outlook for a kitten with a congenital cardiac disorder depends on the severity of the defect. Minor defects may not affect a cat's life at all, while more serious disorders usually require medical treatment. The most severe defects typically carry a poor prognosis.

Acquired Heart Disease – Also known as adult onset, this is caused by damage to the heart that occurs over time. Cardiomyopathy is a term used to generally describe any dysfunction of the heart that cannot be linked to another underlying cause such as a specific disease or injury. The literal translation of the term is “disease of the heart muscle.” Cardiomyopathy accounts for almost two-thirds of the heart disease we see in our feline friends. It is thought that genetics and lifestyle play a role in developing cardiomyopathy, but it can develop secondarily to another disorder such as anemia, high blood pressure or hyperthyroidism. And as in humans, more studies are pointing to a link between heart and dental disease.

In a couple of weeks we will be looking at the types of cardiomyopathies seen in our feline friends, symptoms to watch for and some tips to help protect your kitty’s heart health.